Quinoa confusion - Paleo or not? Healthy or not?

What an exciting week it has been! In case you missed it, I had the amazing honour of sharing my journey with hypothalamic amenorrhea and body image on The Huffington Post! Seriously a dream come true!

OK back to quinoa. It’s the high-protein darling of the vegan and vegetarian world. It’s the hip new pseudo-grain (it’s actually a fruit). And it seems to be somewhat of a grey area for Paleo folks – some love it (using said “fruit” defense, because God-forbid they eat a grain), and some are downright against it (if it walks and talks like a duck, (or grain), then…).

So who is right? Is quinoa the super-food it’s made out to be, or is it just another dodgy grain-like cereal?

About 4 years ago, I was diagnosed with coeliac disease. My symptoms were not pretty – fat and protein malabsorption (which translates to chronic diarrhea, that kind of also feels like constipation – fun, right?), nutrient deficiencies, low energy and a rash that was spreading all over my body. The treatment for coeliac disease is simple – follow a gluten free diet.

So I switched my beloved oat-based porridge to quinoa porridge. It was a simple switch, and tasted pretty good, too. Unfortunately, just going gluten free didn’t cut it. I still had my symptoms some 6-9 months later. That’s when I decided to try this crazy “Paleo” thing that my hubby was doing (despite my dietitian brain being completely against it). Lo and behold my symptoms disappeared…..quite rapidly, in fact, with the high fat, low carb diet I had adopted.

Fast-forward to last year when I was diagnosed with hypothalamic amenorrhea and hypothyroidism, which my low carb diet probably played a large role in. I was tasked with adding in more carbs, and there is only so much sweet potato a girl can eat, especially with the exorbitant prices in NZ! Cue quinoa. I thought – why not throw it back in the mixer and see what happens?

This time, however, I made sure that I soaked my quinoa seeds overnight, rinsed and rubbed them in the morning, THEN cooked them (more on why I did this later). Success! No adverse reaction, no tummy upset. I felt great. Hurrah! Quinoa porridge is now a regular breakfast for me, and I love it!

I tell this story to highlight the fact that there is no one diet for everyone, and what might be right for you now, might not have been OK a while ago, or in the future. It’s all about experiementation!

So why does quinoa get such a bad wrap? Well, the quinoa seed contains a few “anti-nutrients”:


Well crap. That all sounds pretty unhealthy. Why would I even consider eating such a food?

Here’s the thing – soaking, rubbing, rinsing and cooking reduces the content of these anti-nutrients by 50-100%, making them less problematic, and the vitamns and minerals contained within (think calcium, magnesium, folate, iron, phosphorus, vitamin Bs and vitamin E), more bioavailable. Brilliant!

All that said, if someone is suffering from a health condition, especially if it is digestion-related, I would suggest cutting out quinoa and going quite strict Paleo for a period of 30 days. Then you can start to reintroduce foods and see how you go. That sounds fair, right?

Now just because I love you, I have decided to share my yummy brekkie recipe. Enjoy! 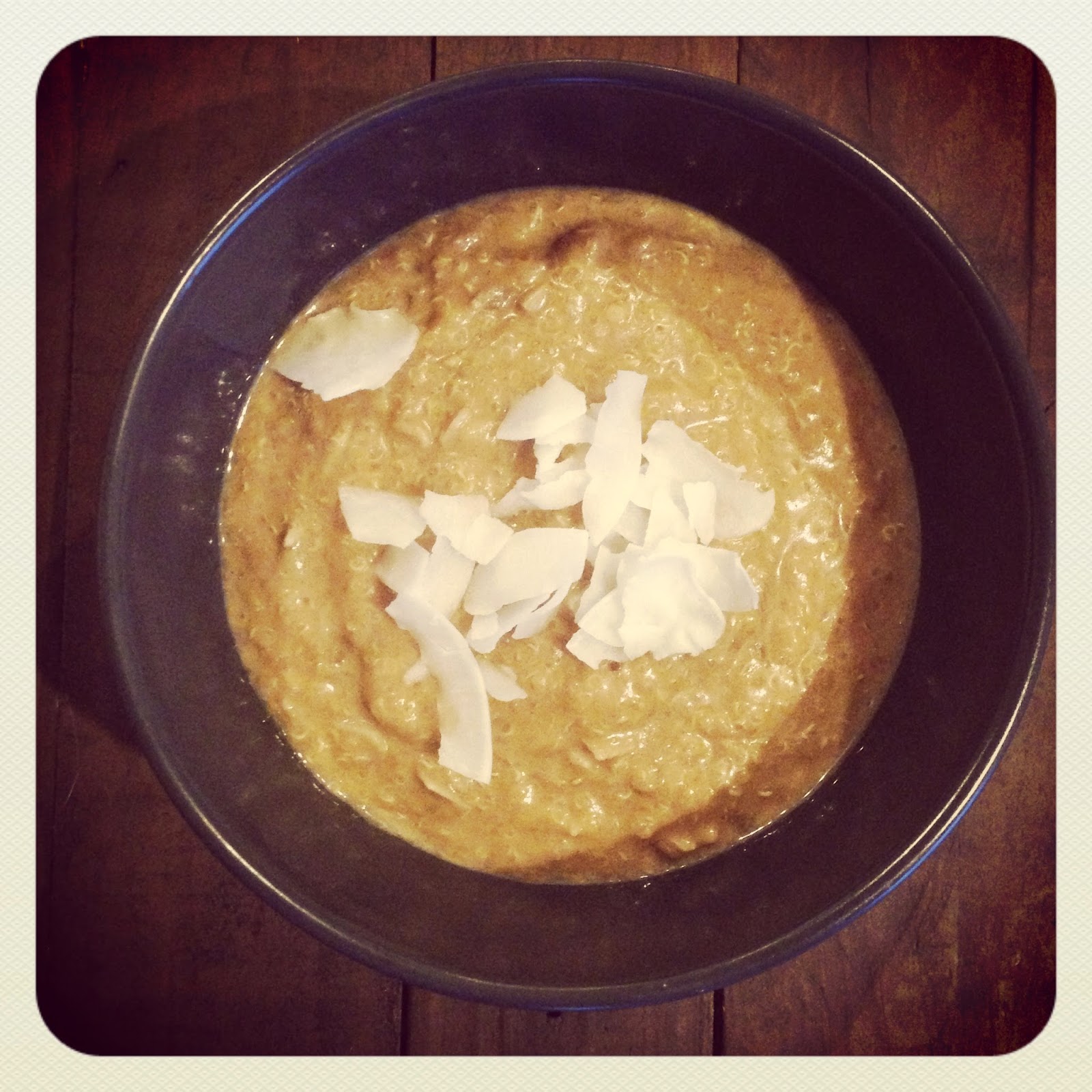 Method
By the way - have you signed up for newsletter yet?