Aah you’ve gotta love the media, right? They make things seem so interesting, so compelling, so……dramatic! If you haven’t come across the latest “news” (if you can call it that), this is a handful of some of the headlines that have been thrown about in reference to a recent study on the topic.

“Quick! Put down your steak and have a piece of bread instead!!” – said no one ever. And I’m definitely not about to say it now. 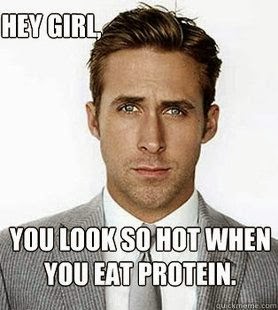 I was alerted to this media frenzy through the I Quit Sugar 8 Week Program forums, where one of the members was asking for our opinion on the matter. I love me a good scientific analysis, so I decided to take a look. The problem was that the news pieces seemed to be pointing to 2 different research articles, both on the potential adverse effects of high protein diets, both in the journal Cell Metabolism, both published this month. It seems the editor of the journal is either a) On holiday, b) Lacking in creativity, or c) Vegan.

Anywho, as there were two studies, it only made sense to analyse them both. So, without further adieu, I unapologetically offer you a somewhat lengthy and detailed analysis of the effects of “high protein” diets on health. Oh, and if you can’t be bothered reading through the sciencey stuff, feel free to skip to the bottom where I say “OK, let’s wrap this up baby”. I won’t be offended at all. Even though I spent a shit-load of time going through these studies for YOU! I'll try and intersperse it with interesting, seemingly irrelevant, images. Like this one: 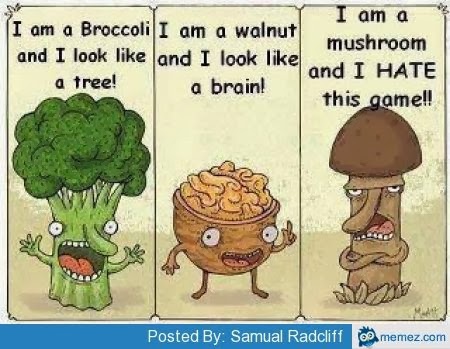 OK, here we go. Grab a tea and settle in.

Study1: Low Protein Intake Is Associated with a Major Reduction in IGF-1, Cancer,and Overall Mortality in the 65 and Younger but Not Older Population

Almost 7,000 US men were studied, consuming on average 1823 calories per day, with a breakdown as follows:


Note: When nutrition data is collected on a large scale and broken down into macronutrients such as this, we have absolutely no idea about the quality of the food. For example: a McDonald’s Big Mac patty would be on par with an organic grass-fed steak. In the eyes of the study, they are just sources of “protein”. I wrote a post a couple of years ago on the importance of quality meat HERE (There's a yummy recipe in the post, too).

The researchers classified participants into protein intake as follows:

“We found that high and moderate protein consumption were positively associated with diabetes-related mortality, but not associated with all-cause, CVD, or cancer mortality when subjects at all the ages above 50 were considered”

Note: Thus far, it would seem that only death by diabetes in those over 50 is increased as a result of a [possibly-McDonald’s-patty-filled] high protein diet. OK. I’m not  turning veggo yet, are you? Even the researchers lay out a few caveats, making it seem as though they aren’t too sure either. They even, very kindly, put things into perspective:

Out of almost 7,000 people. Righteo. Think we can safely put that one aside then. This is an example of a study showing statistical significance (that is, the computer says it is significant), however it is not clinically significant (not really relevant in the real world).

The researchers then go on to “show” that high protein diets, especially high animal protein, increase the risk of all-cause mortality (death from anything and everything) and cancer deaths in men aged 50-65.  Going back to my first comment, this could be due to over-consumption of hot-dogs and chicken McNuggets. Who knows?! I don’t think they do, because the results then do a bit of a backflip:

Study participants aged 66 and over who consumed a moderate-high protein diet actually had a decreased risk of death from all causes and a 60% reduction in death from cancer.

Not content with what they found in studying humans from a distance, the researchers decided to pick on some mice in order to “verify causation and understand the mechanism that may link proteins to cancer and overall mortality”.

Note: causation cannot be verified with animal studies. Animals are not humans. Humans are not animals**. To verify causation in humans, a randomized controlled trial (RCT) on humans must be carried out. Comprendez-vous?

But let’s pretend that mice=humans and take a peek at what they found. After feeding mice on a high vs low protein diet, and injecting them with cancer cells, they found that 100% of the high protein group developed cancer, while only 90% of the low protein group met with the same fate, with 10% wagging their happy little tails in glee at being cancer-free.

Perspective time: they only studied a maximum of 20 mice, with 10 in each protein group. Hardly the numbers required to prove much of anything, don’t you think?

**Note: animal studies are incredibly important to the scientific process. They allow us to test out hypotheses that would otherwise be dangerous, difficult, or unethical in humans (e.g. cocaine use during pregnancy). They also allow tighter control of a number of variables. HOWEVER, rats and mice are different from humans - psychologically, socially, emotionally and physiologically. For example, rats do not have a gallbladder, which is important for the digestion of fat. They also have a very large cecum, which allows them to digest cellulose. Humans are unable to do so.

These guys are an Aussie –based bunch of researchers who wanted to see how different percentages of dietary carbs, proteins and fats effected longevity in mice. (Note #1 see above re humans not being mice, but we’ll pretend again for fun, anyway. Are you having fun? I certainly am….reading through 26 pages of scientific research is AWESOME. Although I am trying to portray sarcasm right now, if I am to be completely honest, I am quite enjoying deciphering these studies. I’m such as nerd. But you all knew that).

Note: I have not yet reached the results of this study yet, but if I heard that someone died prematurely from consuming a diet that was 60% protein, my response would be “no shit!”. In case you were wondering, I generally would not recommend a protein intake of >25%, but this is not about what I think….yet.

“Median lifespan was greatest for animals whose intakes were low in protein and high in carbohydrate, but was not influenced by total calorie intake”

The authors state that these results are consistent with findings from studies on invertebrates. Great. Now we are being compared to insects.

So now we are back to low protein diets being good? Not so fast. Let’s remember that their high protein diet was up to 60% of total calories, which any normal, non-juiced-up, human being would have great difficulty in consuming. And if they are stupid enough to do so, then….a case of natural selection maybe? 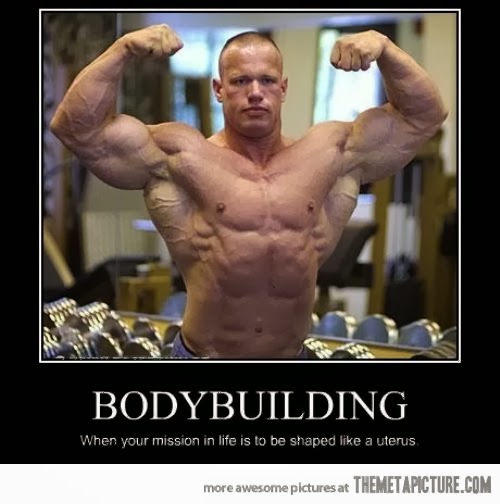 Additionally, the study found some adverse effects of a low protein, high carb diet, including:


So you’ll be an old person, but a fat old person, with little muscle control to be able to get about your daily life, and no energy because your liver is screwed. Great! This is reminiscent of statins (cholesterol lowering meds), which may prevent you from dying of heart disease (if you are male and have already had a heart attack/stroke), but they’ll increase your risk of depression, low sex drive and amnesia. I don’t know about you, but I wouldn’t want to live if I was sad all the time, didn’t want to have sex, and forgot who I was!

Now, unfortunately these sneaky buggers did not include the dietary info of the pellets fed to the animals. However, they did (in very fine print) provide a link to where I could find such info.  Being the curious cat that I am, I clicked on said link and found what I wanted:


Really? This constitutes food? Perhaps mice would eat this junk, but this is hardly representative of ANY form of human diet. Similar to consuming a 60% protein diet, if your diet is made up of these constituents, then good luck to you buddy!

This is actually reminiscent of The China Study, where they fed the animals a huge quantity of casein (an isolated protein in milk). A large proportion of the animals developed cancer. The authors concluded that animal products cause cancer. This is a problem in so many ways – casein is an isolated nutrient that no one would ever consume on its own. It would be part of a whole food (milk) and so the milk-cancer link cannot be drawn from such a study. Many studies have similar flaws in that they feed animals ridiculous isolated nutrients, or extremely processed foods (e.g. the studies that show saturated fat is bad for you often use hydrogenated fats) and therefore are not representative of a human eating a whole-food diet.

OK, let’s wrap this baby up. Having gone through the above studies, I think we can safely say that protein, in a reasonable amount (I would say 15-25% is appropriate, on average), and of decent quality (not cheeseburgers or a pile of casein) is not going to shorten your lifespan, or cause disease. Would you agree? Please correct me if I am wrong, but the above studies have not convinced me to give up [insert yummy animal food here].

I noticed that many of the media articles implicated the Paleo diet as a harmful high-protein diet. Aside from what I stated above about there not being just one “Paleo Diet”, I decided to do an anaylsis on my own daily paleo-friendly diet, which looks like this:


And that is eating some form of protein at every meal. Hardly what you would call a "high protein" diet. A couple of years ago, this was very different – 70% fat, 20% protein, 10% carbs, but in the past year I had to change this around a little. More on this in an upcoming post…..

Phew. That was somewhat exhausting. I'm off to get some sunshine! Till next time, friends! Feel free to post questions in the comments below.
Posted by Kate at 20:59